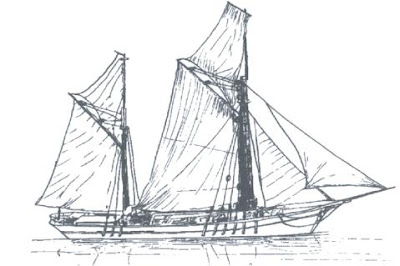 St Helen's History Room invites you, your family and friends to the official opening of
Fishing History of Tasmania

Fishing History of Tasmania is a travelling exhibition from the Maritime Museum of Tasmania covering the state's fishing history along with local fishing memorabilia from St Helens. The Shell Collection also awaits to be seen. This exhibition is part of  the Tasmanian Heritage Festival 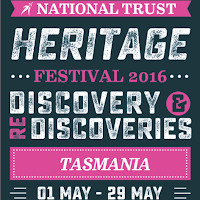 First a stopping-off point for whalers, St. Helens became a busy port exporting tin ore and timber to the mainland, and crayfish to Hobart and Launceston. At the museum, supported by Break O' Day Council, you will discover the story of determined entrepreneur Ewart Tucker, who built his own ships to ensure his timber was shipped to Melbourne and Hobart; fishing and rigging tools carved from whale bone with some beautiful scrimshaw on display; and a textile triptych including the historic ships that have played an important role in the area.
Open 7 days a week, 9 am -5 pm

Posted by AMaGA Tasmania at 01:42 No comments:

“And there’s such a wealth of amazing stories in the people who were and are still living in those environments. What these small museums contribute to looking after Tasmania’s cultural heritage is amazing. It’s so often understated, but the sheer diversity of these collections, mostly cared for by passionate volunteers, [makes them] a real trove of treasures.”

quote from Melissa Smith for The Mercury

Arts Tasmania’s Roving Curators in conjunction with Museums Australia (Tasmania) invite you to a hear some of these amazing stories at the floor talk about the current
10 Objects – 10 Stories: Celebrating Community Collections exhibition at 146 ArtSpace.

The exhibition curators Veronica Macno and Melissa Smith will provide an insight into the development of the exhibition and will be joined by delegates from several of the small museums represented in the exhibition who will talk in more detail about their museum’s collections and their specific object on display.

About these small museums

The Eric Thomas Galley Museum (also known as the Galley Museum) is a photographic and general museum in Driffield Street in Queenstown.  As a repository of the historical photographs and materials from the history of Queenstown it contains collections that hold in some cases the last vestiges of the former mines and localities on the west coast. The collection of photographs and text and materials relating to the 1912 North Mount Lyell Mining disaster is extensive. Considerable parts of the photograph collection were photographs collected by and also processed by Eric Thomas.

The Channel Heritage Centre promotes the culture and heritage of the D’Entrecasteaux Channel towns of Margate, Snug, Kettering, Woodbridge, Middleton and Gordon and settlements in the immediate hinterland. The pioneers of this area were the whaler, the timber cutter, the shingle splitter, the bullock driver, the pit sawyer, the early sailing ship and river craft men. Later came the road builders, farmers, orchardists and the scallop and cray fishermen and the migrants. The Channel Heritage Centre is also home to the Don Norton Camera Museum, an astonishing collection of over 600 cameras plus photographic accessories.

The Scots-Memorial Heritage Collection conserves and interprets a collection of documents, artworks, books, objects, photographs, and ephemera relating to the Congregational Union and the Presbyterian Church in Hobart from the 1820s.

The Hutchins Archives and Heritage Collection comprises photographs and audio-visual records, documents, maps and plans, books, magazines and other publications, trophies and honour boards, uniforms and textiles, coins, medals and badges, artworks, furniture, memorabilia and ephemera from the school, some of which pre-dates foundation in 1846, up to the present day.

“These incredible stories come out as you’re working with the volunteers,” she says. “Sometimes you’ll just have to say, ‘Wow, has this story ever been written down?’ And they’ll say no. “So there is a real need to preserve these stories along with the objects related to them, to collect them before they become lost.”

quote from Veronica Macno for The Mercury*

Posted by AMaGA Tasmania at 01:09 No comments:

Registration form can be downloaded here 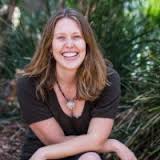 Tara operates daily in the space of marketing through her consultancy Echelon Marketing. With the assistance of her associates, Tara works with businesses to develop and implement their own marketing strategies. Tara’s presentation will provide a refreshing perspective on the sometimes daunting world of marketing, leaving you with practical advice on what your next steps should be.

Edwina has a strong background in the arts and cultural industries and has a lot of experience in marketing and digital communications. She currently manages the digital communications for Arts Tasmania including website content, electronic newsletter, social media accounts and the Tasmanian Arts Guide. She also has experience working with tradition media, managed the Tasmanian office of the Australian Film, Television and Radio School, worked on the Tasmanian Bicentenary Program and has directed film festivals and other events.

Blogging as a way to communicate stories about your organisation - collections, programs and events.

Morning/afternoon tea will be provided. BYO lunch or buy locally

Some light reading
Recent papers from Museums and the Web 2016 conference
Museums on social media: Analyzing growth through case studies
Finding the voice: Planning and evaluation of social media in cultural institutions

From the museum of the future blog
5 things you could do with Pinterest, your institutions best friend
Integrated media strategies for museums

A joint initiative for Arts Tasmania and Museums Australia Tasmania

Posted by AMaGA Tasmania at 04:40 No comments: