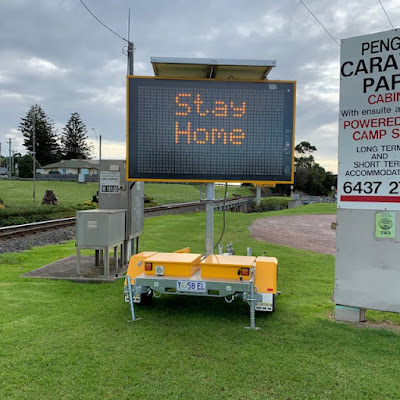 This article is #3 in our series about the impact of COVID19 on Tasmanian museums and staff. Thankyou Dawn Oelrich for your contribution. Dawn is Director of the Burnie Regional Art Gallery.


The Covid-19 crisis happened here in the northwest with blinding speed. Thinking we were very fortunate to be on an island along with the quick action of the premier, we felt safe here in the remote northwest. News was filtering in and the expression “we have a moat and we are not afraid to use it” splashed across the news.

Burnie, however, is a venue for cruise ships with 40+ visits over the summer, many of those diverted first from the fires on the mainland and then from Asia. We had an unscheduled ship coming, our last cruise visit, ominously, on Friday 13 March. On the Thursday prior I went out and bought two large containers of hand-sanitiser for the front entrance and some alcohol wipes for phones and keyboards. I put extra soap and paper towels in the toilets.

Disgruntled passengers from the Sea Princess, who had just started a 28-day cruise around Australia and New Zealand, had been told that morning that they would instead be returning to Sydney, after Hobart. They coughed and spluttered their way around the gallery, as confused and dismayed as we were (we heard later that they were not allowed to disembark in Hobart). By Monday 16 March we were told that we were to cancel all public programs and events indefinitely and starting with the exhibition opening planned for Friday evening and the jazz fund-raising concert for Sunday 22 March. Staff continued to install the new exhibitions (a group exhibition) as planned with people in and out of the gallery while I was on the phone cancelling guest speakers, caterers, art classes, tutors, early years and school holiday programs, school visits and networking events. I was told at the time to think October.

On 23 March we were told to close the gallery, museum and the arts and function centre. This would allow staff to continue useful work but without the public. The Exhibitions Coordinator took scheduled leave which left two of us working in the gallery and two working in the museum. As it was I was happy with the opportunity to get to work that I was not able to normally as we were approaching Easter. Unfortunately I was also told there was no opportunity to engage casual staff although there were several jobs they could have been doing but I was told that we were only to keep full/part-time staff. I called each casual staff member and told them of the situation. A few were quite distraught so it was stressful but as casuals they were able to apply CentreLink. I was also able to give them the contact details of the online and phone support that council has for employees undergoing mental health, financial or family issues.

On 6 April we were asked to take leave in the week following Easter Tuesday and plan to return to work on 20 April. By this time the situation at Northwest Hospital was escalating as we watched in horror as both public and private hospitals were closed. We heard about the first death and rumours that the patient had come from the Ruby Princess. Colleagues had family and friends who were hospital staff who were also infected and stories circulated about hospital staff buying PPE equivalents at Bunnings. The messages of hand washing, social distancing, unnecessary travel etc were endless.

During that short week before not-so-Good Friday, I did a few things in readiness for a long closure:
·         I packed up the textile exhibition that we had just installed thinking it may be hanging in an empty gallery for an unspecified time and that is was vulnerable to environmental changes.
·         Recorded home contacts for all gallery and museum staff, including casuals. Only one other staff member has a council mobile phone that could receive emails, all other staff have personal phones and no access to work emails.
·         Recorded the contact details of the Social Support hotline for staff
·         Contacted our security company to ask for extra surveillance during our absence
·         Contacted the cleaners.
·         Contacted our major sponsor MMG – to check on them and to let them know that our outreach programs in the west were postponed. At the time they were still mining and the FIFO staff were still coming in and out.
·         Cancelled exhibition deliveries and collections.
·         I cancelled two exhibitions, including one touring exhibition from Queensland in June and the flights for the guest speaker, Gail Mabo. She was relieved when I called.
·         Made signs for doors at the museum and gallery and shared all messages on social media/web about closures and cancellations including messages from the Mayor. I contacted the President of the Gallery Friends and asked her to share all messages with the Friends group.
·         Cleared all fridges and cupboards of food.

I went home on the 9 April confident I would be back at work on the 20th. At about 6.30 that evening I had a text message to say we would be stood down, as non essential staff, on the 22nd. I was sent a link to an app to connect my work email so that I could communicate with staff.  We were each sent letters on Tuesday 22 and told that as local government employees we were not eligible for JobKeeper but the council offered the equivalent payment once staff members had exhausted their personal/holiday/long service leave.  Nevertheless some staff are ineligible for this payment. We were also told that we were not able to access the buildings and the security alarm codes were changed. Scott Rankin, Tasmanian of the Year in 2018, talks about the lack of digital literacy in children in the northwest and I have to say that it is not only with children. There is a fear of sharing too much information with everyone too early, slow uptake of new communication technology and unease with access to enable staff to effectively work from home.

So in lockdown in Penguin I have had time to think about several things but mostly how non-agile our organisation is and our status as “non-essential”.  How does this thinking extend to the value of art galleries and museums? While it is not a surprise, it certainly undermines my sense of what I have been working at for the last 30 odd years.  On the other side I have made contact with old friends and distant family members, made spiced crab-apple pickles, learned how to use Zoom, and developed a very close relationship with my fridge. I have also thought a lot about my future.

I would really like to work at making our gallery and museum much more mobile, much more resilient and able to handle whatever comes next. I am embarking on a strategy of how to do that so if you have suggestions please let me know via the Comments Section or directly to museumstasmania@gmail.com.

So not all bad. 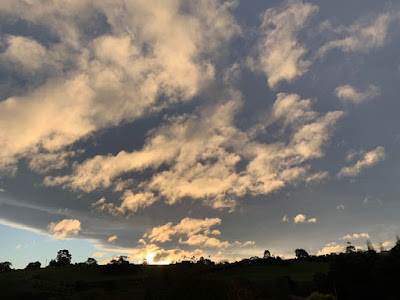