Janet is our President. She began her career in the UK at London’s Science Museum, before moving to Sydney as Assistant Director, Public Programs & Operations with the Australian Museum. In 2010 Janet became Director and CEO of the Royal Ontario Museum, Toronto (ROM). Under her leadership the ROM broadened its audience, created new formats such as the innovative Friday Night Live for young adults, and raised the profile of the ROM’s important research. In April 2015 Janet returned to Australia to take up her new role as Director of the Tasmanian Museum and Art Gallery (TMAG) in Hobart. 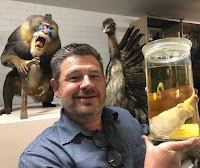 David is the curator of Natural Sciences at the Queen Victoria Museum and Art Gallery. David has been working in the museum sector for nearly seven years. Prior to this he was an academic at the Australian Maritime College, University of Tasmania specialising in fishing gear technology and bycatch reduction in commercial fisheries. David's experience in project management, curating photographic exhibitions, and understanding to Tasmania's marine invertebrates and fishes has allowed his to transition into the museum sector. David is passionate about caring for the collections to ensure that they are available to future generations. David is always happy to receive enquiries from museum professionals, and will use his role with Museums Galleries Australia (Tasmania) to make contacts with other Tasmanian professionals.

Katrina is a History Collection Officer at QVMAG and the Project Historian for the Sydney Cove Collection.  She has a first class Honours degree in History from UTAS and has particular interests in environmental history and national identity.  Katrina's past roles include the QVMAG Friends & Volunteer Coordinator and History lecturer & tutor at UTAS. She is on the executive committee for Museums Galleries Australia TAS branch and is the treasurer for the MGA Emerging Professionals National Network. 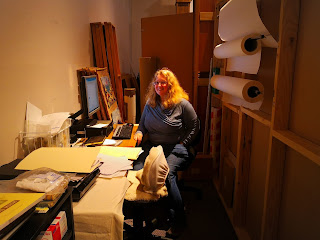 Elizabeth Bondfield got her start in museums at Museums Victoria and Port Melbourne City Council. Since then she has worked with small and regional museums as a roving curator, and at TMAG and the Maritime Museum of Tasmania as maritime heritage coordinator, and now works as curator for COMA Tasmania and the Tasmanian Wool Centre. She graduated with honours in History at La Trobe University and with the graduate diploma of Museum Studies at Deakin University. 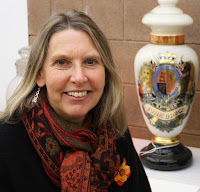 Elspeth Wishart is the Senior Curator of History at the Tasmanian Museum and Art Gallery. With post graduate qualifications in Museum Studies she has spent over 30 years curating and researching historical collections and interpreting them to the public through her work at Port Arthur, QVMAG and TMAG. Her work has taken her to many special places including the Antarctic, Ireland and the Furneaux islands. 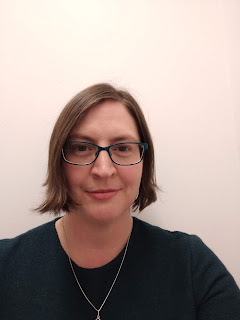 Currently the Coordinator and Curator of the Bass Strait Maritime Centre in Devonport, Jaydeyn Thomas moved to Tasmania from Queensland in 2015 to take up the position of Curator at the Burnie Regional Museum. Jaydeyn was born in Tamworth, NSW in 1980 but moved to Queensland in 1990, so officially barracks for the maroons when asked (but does not actually care about football). She went from the pleasant seaside town of Terrigal, NSW to rural Warwick, Qld; then started off at the University of Southern Queensland in Toowoomba, and finished up at the University in Queensland in Brisbane, studying Aboriginal archaeology. During her studies, she audited the Macarthur Museum of Brisbane’s collection and thoroughly enjoyed the museum experience. Her PhD studies are based on mapping representations of Aboriginal cultural landscapes, with a  site focus on Gummingurru, a stone arrangement site in south east Queensland. She has a dog, Bertie, and a cat, Agatha, aptly named after P.G. Wodehouse characters. Living once more in a pleasant seaside town – Ulverstone – Jaydeyn looks forward to working with the Tasmanian committee to achieve interesting things over the next two years.

Helen Whitty resigned from the committee in December 2020 but continues to assist with social media. 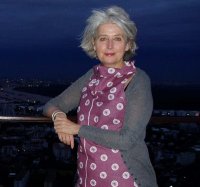 Helen works as a writer and consultant to museums and related industries. She was awarded her doctorate from the University of Technology Sydney in 2017. Her research looked into the relationships between families and collections. Helen volunteers as a literacy tutor with Libraries Tasmania and with local museums. Previously she produced public programs, authored numerous museum publications, consulted on exhibitions, and conceived and curated a series of collection based exhibitions with prominent Australian children’s authors for the Museum of Applied Arts and Sciences.